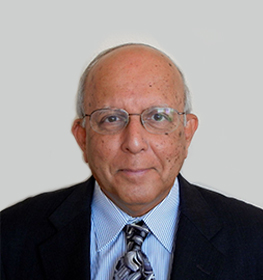 Nevada Innovation Center LLC (NIC) is a partnership between Co-Founders Michael A. Saltman and Nissim H. Ezekiel, who have extensive business activities and networks in both the U.S. and Israel. NIC has created the technology bridge between Israel and Nevada and is the primary intermediary for business initiatives linking Nevada’s economic development agencies, academic institutions, and private companies with counterparts in Israel. It works closely with the Nevada Governor’s Office of Economic Development (GOED) in facilitating the critical objective of diversifying Nevada’s economy. NIC’s strategic innovation has been to establish the State of Nevada as a major client for Israeli pilot projects and commercial deployment and as a showcase and entry point for the broader U.S. market. A complementary development has been the growing interest of major Nevada-based private companies in accessing Israeli technology and exploring opportunities to become part of Israel’s R&D ecosystem.

Nissim has over four decades of experience in business and economic development. He spent 25 years at the International Finance Corporation (World Bank Group-Washington D.C.) from 1975 to 2000 and was Director of its newly created Corporate Planning Department.  He was appointed Executive Director of the UN Commission on the Private Sector & Development in 2003 and had primary responsibility for the development of the Commission’s Report, Unleashing Entrepreneurship-Making Business Work for the Poor.  Nissim then served as Chairman of the Advisory Board of Dalberg Global Development Advisors and functioned as Executive Director of the Dalberg Task Force on Capacity for Program Delivery, under the framework of the Clinton Global Initiative. Nissim’s consulting clients have included Darby Overseas Investments Ltd. (Franklin Templeton), whom he advised on issues relating to private investment in infrastructure in emerging markets.